Sardenaria: some history, my recipe and where to eat it.

Sardenaira is a historic dish, a gastronomical monument of the extreme western Italian Riviera, even beyond the France border. They say it dates back to the Middle Ages.

As many other ancient preparation it is called by different names.

It is called Sardenaira in Sanremo, probably because originally people used to put salted sardines on top (replaced with salted anchovies since the postwar period).

In Imperia it is known as Pissalandrea (Pizza all’Andrea), as a tribute to the Genoese admiral Andrea Doria born in Oneglia who apparently was a great admirer of the dish (if not even its inventor…as always happens with mythology …).

It is called Pisciarà in Bordighera, Pisciadela in Ventimiglia and Pisciarada in the upper Nervia valley. While in Apricale it becomes Macchetusa because it takes its name directly from the machetto, a sauce made in the mortar with salted anchovies.

Different names for a single product. I would call it pizza if it wasn’t forbidden in Sanremo. They call it Torta (litterally “cake”), to differentiate  from the Napolitan pizza (created BTW many centuries after). Perhaps “focaccia” can also work well, a soft focaccia topped with tomato sauce.

Whatever its name, it is clear what it is: a soft base of leavened bread dough (be careful, two risings, the last one directly in the pan), with oil in the dough (like a focaccia) and then generously seasoned with tomato sauce, salted anchovies, capers, Taggiasca olives, jacketed garlic and oregano. In short, a focaccia that tastes Mediterranean!

What about onions? Controversial issue.

The original version – probably similar to today’s Pissaladiere in Nice – was white and indeed based on onions, salted anchovies, capers, garlic, olives and oregano. No tomatoes, because these latter were introduced into Ligurian cuisine only in the early 1700s after the importation from America and a long period of transition as an ornamental plant.

On the other hand, the traditional recipe of Sanremo, which in 2012 obtained the DE.CO. (Municipal Denomination of origin, a certificate of local authenticity of a dish) does not include onions in its strict Regulation.

Let’s say then that onions in the Sardenaira are a homemade variant, however very frequent.

Sardenaira and its many sisters have always been cooked in large rectangular pans and then cut into squares and served hot or cold, also as street food.

In this regard, I read that “the tradition of large rectangular pizzas cooked in the pan seems to have been exported to the United States by the Ligurians, rather than by the Neapolitans” (Alessandro Marzo Magno, Il genio del gusto, Garzanti, Milan 2014-2015, p.13 ). Very interesting don’t you think?

Here below my recipe of Sardenaira. It is topped with a tomato and onion sauce, ’cause I love the contrast between the sweetness of the onion and the saltinity of the anchovies and capers.

I baked it at the end of the summer and I prepared the sauce with the riper tomatoes and with a Belendina onion from Andora, a Slow Food Presidia of the Italian Riviera. It was excellent.

For the topping sauce

For the topping sauce

For seasoning and baking Sardenaira

Where to eat the best Sardenaira

My collection of recipes with anchovies
4 August 2022 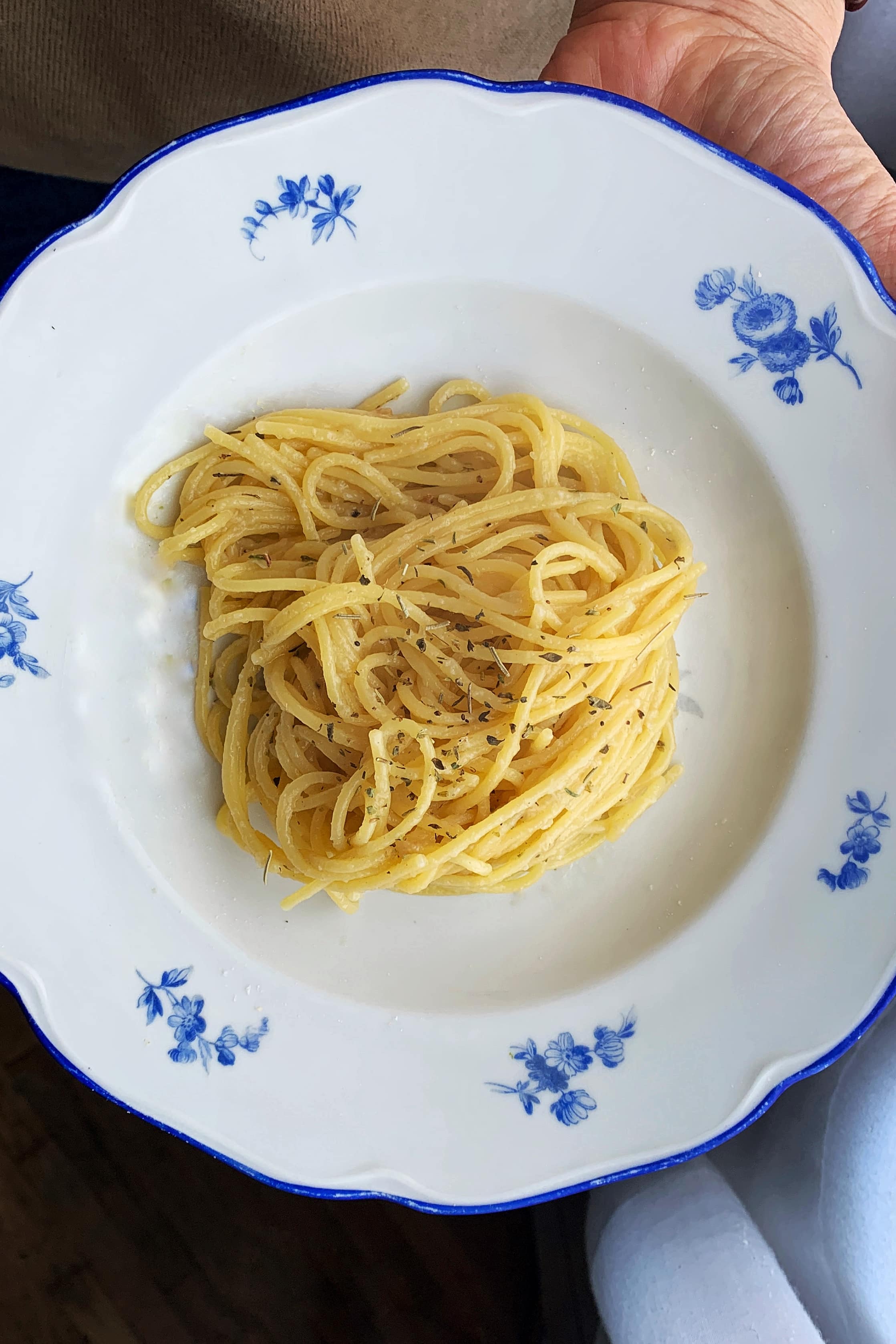 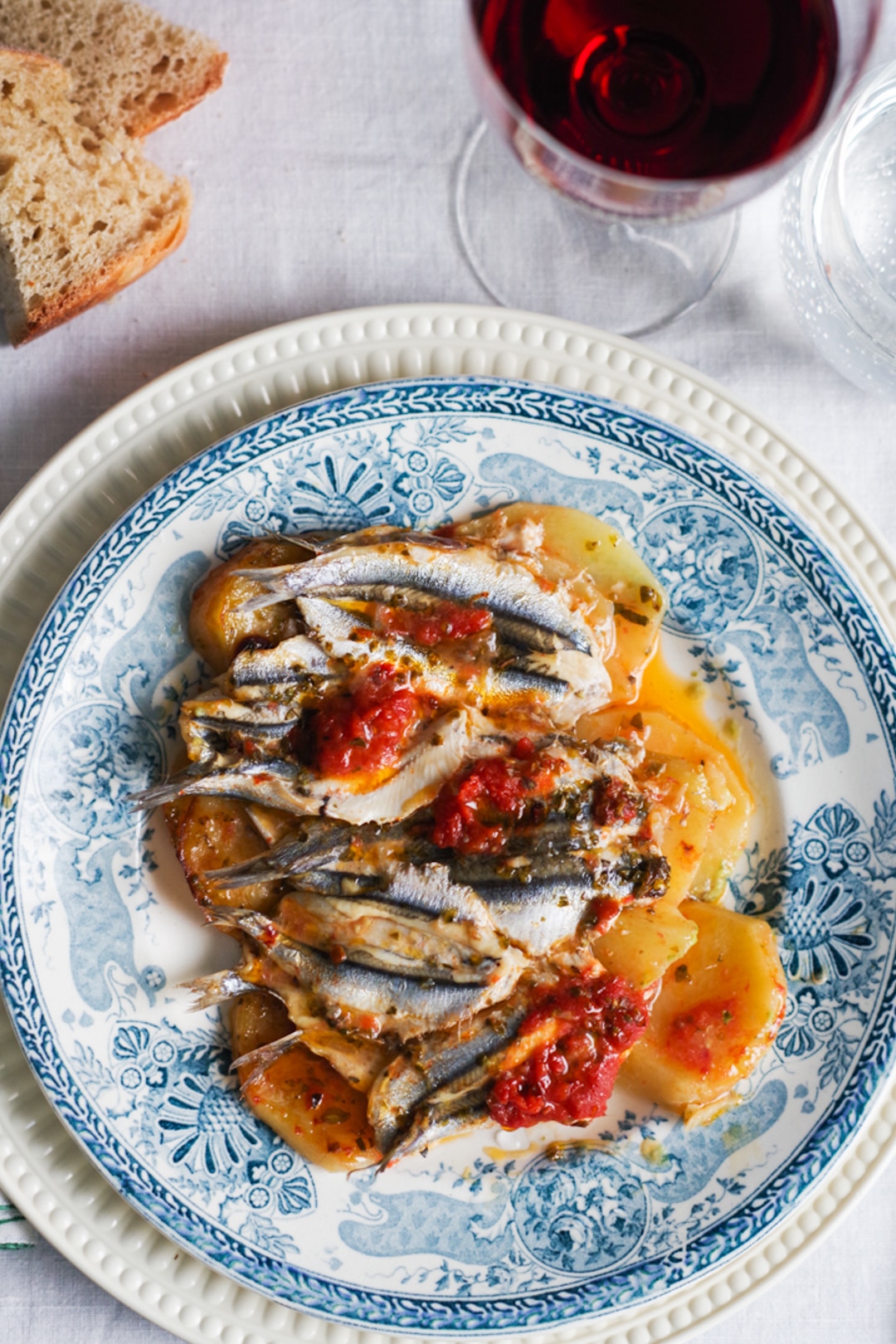 Your recipes make my mouth water. Thank you!

Hi Enrica, I made this dish yesterday and it was very delicious. I am Scottish but moved to bordighera a year ago. Your version is way better than any I have had as part of an aperitif :)))