Do you know the Beigua Park? It is one of the great protected natural parks of Liguria that stretches behind Arenzano and Varazze, west of Genoa. It is internationally recognized by UNESCO as a geo-park for its spectacular morphology.  For its particular position straddle the watershed of the Apennines and for its proximity to the sea, Beigua Regional Park is considered one of the most important areas of Liguria for its biodiversity.

Today, however, I want to show you Beigua Park through my lenses, those of someone who love to eat and hunt for good things when exploring new places. In particular, below you can find the content of a live on Instagram of my Italian column “Liguria Golosa” made some time ago (if you want you can watch it here) .

The food products of Beigua Park

The first guest was Claudia Fiori from the Beigua Park Authority. Claudia told me about the Park’s food producers.

She said that within the Beigua Park there are many local producers who are holding out despite the difficulties, mainly linked to logistical problems, their small size and the criticalities linked to the territory. These people actually  are an integral part the development of the Park and contribute to its conservation and the preservation of the enormous biodiversity in the area, always between tradition and the search for new products.

Claudia told  that a few years ago the park decided to create a brand called Golosi per natura which, like an umbrella, includes them all and keep this family of producers together. Among them we find those who produce cured meats (salami,prosciutto, testa in cassetta), those who harvest and process porcini mushrooms, those who are part of the sweets chain, that includes canestrelli, hazelnut and cornmeal cakes, the more famous amaretti biscuits from Sassello or the Crumiri from Masone.

Not to forget the typical cornmeal focaccia from Campo Ligure: the revzöra, included in the regional atlas of products.

Finally, he good flower diversity and the climate mitigated by the proximity to the sea make Beigua Park an area particularly favorable for beekeeping and therefore the production of honey, especially monofloral types, is excellent.

Today, 37 producers are part of the brand, a number that is constantly growing. It is the producers themselves who want to join the circuit, thanks also to the synergies developed between many of them, which allow, for example, the product of one to flow into the production of another

There is also a small hospitality network in the Park, part of the younger brand Ospitali per natura. Within this network we find small structures, bed&breakfast, room rentals and also some hotels. The accommodation facilities are all distributed in the ten municipalities of the park and have the obligation to enhance everything that represents and constitutes Beigua Park. The products we find for breakfast in the structures are in fact of the Gustosi per natura brand. In this way, we can walk, live and “eat” the territory, “tasting” it. What could be better?

The second guest was Mirella from Lavagé Farm in Rossiglione, a small village in the Ligurian hinterland in the province of Genoa.

Mirella told me that  she has been running a dairy herd since the farm was established and, over time, have added cheese production and meat sales. The milk of the Lavagé farm can be found in the Genoa area under the brand name Valli Genovesi

The Lavagé Farm was set up in the early 1960s as a breeding farm for a type of milk cow, a pure monobreed: the Italian Brunette. Here, in fact, we only find milk from this type of cow. There are approximately 200 animals, including cows in production, males, calves and pregnant cows. At the beginning of the 2000s, they also added the production of cheese made from raw milk, i.e. without pasteurisation. Mirella tells us that this is possible because the milk is very clean and has a very low bacterial load, which allows the quality of the milk to be maintained in the cheese.

The cows graze in the park from March to November, varying according to weather conditions, and are divided into different pastures according to age. Mirella points out that grazing is not intended to feed the animals; it is not for feeding but for exercise and physical activity. Food is brought into all pastures, as the grass is not guaranteed for all months of grazing and does not always regrow.

Dairy cows, on the other hand, do not go to pasture, but are in a cowshed for producing cows in which there is a robotic milking device. Thanks to this innovative device, the cow milks itself independently, deciding when and how often to milk, with no set timetable. Each cow is milked three times, but even if it goes in 10 times the computerised system will recognise it and not activate. This is a reminder that a finished product will benefit if it comes from animals that are well, happy and living their lives naturally. If the cows are not stressed, this will positively affect the finished product. According to Mirella, therefore, the food also contains what the animal feels.

Thanks to the many interesting collaborations within this area, Mirella tells us of many good ideas to integrate their product with other products from the park. You never stand still, she tells us. Mirella confesses to us her need to find new tastes, new techniques. Until last year, all this was possible thanks to trade fairs, where she met other producers with which she started interesting collaborations, giving shape, for example, to lavender cheese using the Lavanda officinalis from a company in Imperia. Another example is that of saffron cheese, even more unusual, born out of curiosity from the union with a Genoese company. Again, the pesto cheese, made in collaboration with the producers of Pesto di Prà , and the herbal cheeses with Chiavari mixed hazelnuts, using hazelnut oil from the Il Parodi Company. The milk in the bricks and the cheeses can be found directly at the farm or in restaurants in Genoa and lower Piedmont. For direct sales, however, you have to go to Rossiglione.

The third guest of the episode of Liguria Golosa was Diego Assandri of Il Mulino di Sassello (Sassello Mill), a very old mill dating which has been working uninterruptedly since 1830 and still makes flour as it did then. Diego Assandri, together with his father, carries on a very old project that is now in its fifth generation of millers. The wheat is milled using natural stone and the mill still runs entirely on water. The latest novelty of the Mulino di Sassello is that the company has become 100% green, thanks to the investment made in solar panels, which allow the structure and the house to live thanks to the sun’s rays. The Mulino di Sassello therefore functions solely on water and sun.

Diego Assandri and his father have recently been growing cereals to produce their flour, in particular spelt, rye and soft wheat. Previously they always bought their cereals locally, but recently they decided to buy up a lot of land in the area, thus reaching 65/70% of the product they grow and mill autonomously. The remaining 30% or so continues to come from Sassello and surrounding areas. Diego told that the goal is to slowly reach 100% of their own production.

Two years ago, the production was expanded and they decided to open a shop entirely dedicated to the Park, where they sell, for example, wine and oil from neighbouring areas jointly will all the products “Buoni per Natura”. Next to the shop they also opened a bistro “Beigua docks” where they offer typical local products, from Mirella’s cheeses to cured meats from other local producers in the  area!

And now… you’re ready to visit the Beigua Park! 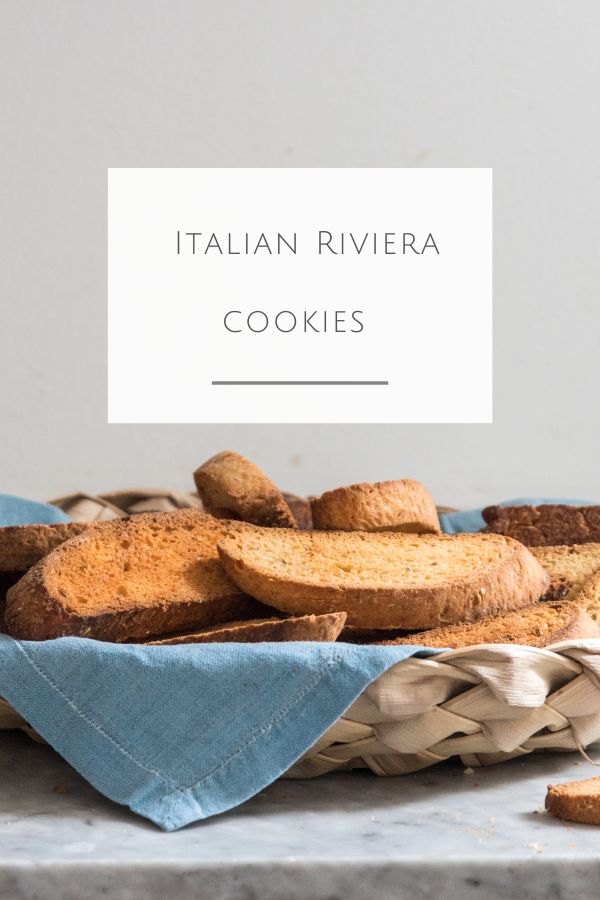 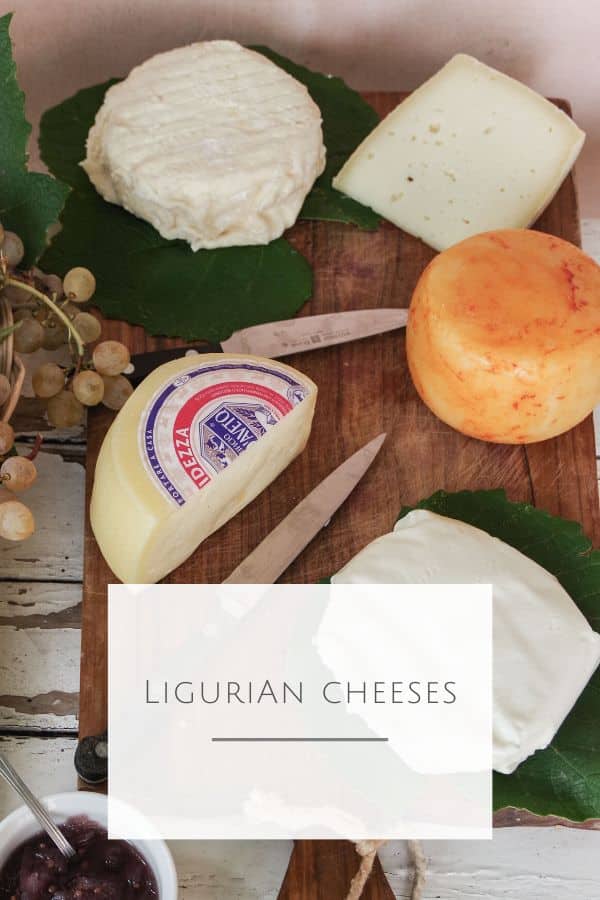 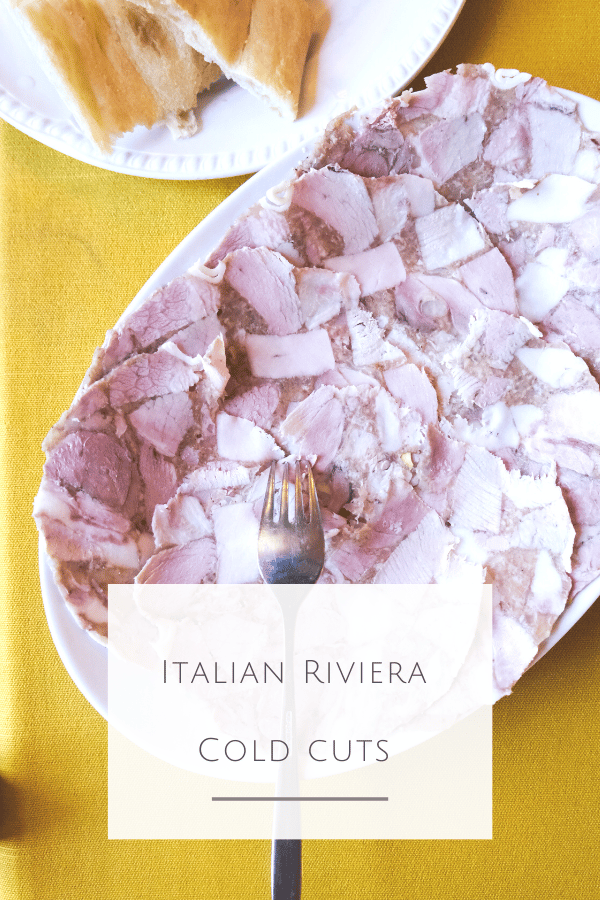