Summer time of salads: fast, fresh, light.  But also with a story to tell, why not?

In Liguria we have a couple of salats that with their ingredients represent our region, a land made of strong contrasts, long distances and people always in balance between the mountains and the sea.

One is the tomato salad called Condigiun, which I told you a few summers ago, the other is Capponada (or Capponadda), the one I’m talking about today.

Surely this dish has nothing to do with the Sicilian “Caponata”, the salad made with fried summer veggie.

Some believes the name comes from the term “caupona“, meaning “tavern”. For others, instead, it would be the abbreviation of “Capun de Galera”, a poor version of the noble “Cappon Magro” destined to the daily meals on board the sailing boats (called “Galere”).

What seems most likely is that this recipe was originally born to meet the needs of sailors who had to face long sea trips without touching land for many days.

The main ingredient of Capponada in fact are the sailor’s crackers called “Gallette del Marinaio”:  a thin and round bread “bis- cotto” (baked twice) that remains crispy for at least a whole year.

If you don’t have them at your disposal you can easily replace them with toasted bruschetta bread.

Stuffed aboard ships to survive during long journeys, Gallette del Marinaio were so hard that they were usually soak in seawater before eating. In the recipes prepared ashore – and which is reported in some ancient cookbooks (including “La vera cuciniera Genovese” by Rossi and  “Cucina di strettissimo magro” by Padre Delle Piane) – the Sailors’ crackers instead are softened in water and vinegar.

The second ingredient is preserved fish, in particular salted anchovies and mosciamme (from the Arabic mosammed, meaning dry), i.e. sun dried fish fillet. In the past mosciamme was produced by drying the fillet of dolphins, now fortunately replaced with tuna fillet.

This is also a food easy to store during long sea voyages. Nowadays though mosciamme (rare and valuable product) is often replaced with canned tuna (only of the highest quality and sustainable, please!)

Perhaps to comfort the spirit and console the homesickness, these two ingredients were then seasoned with flavors that reminded sailors of the smell of their land far away: olives, capers and olive oil.

Today it is easy to find in Capponada also fresh tomatoes, basil leaves, and hard-boiled eggs, products however that on board the small boats of the past were very rare.

The origins of this dish are attributed by some to Camogli, the sailors’ village on the coast near Genova.

In fact, on its heights, in San Rocco di Camogli, there is the only bakery that still bakes since 1885 sailor’s crackers according to the traditional recipe. It’s the Maccarini bakery located in a little street just below the church square. If you pass by, buy them in bulk, they will last in your pantry as long as in the holds of ship!

In addition ,along the coast of Camogli there is the famous Tonnarella di Camogli (Slow Food Presidia of Liguria), an ancient seasonal fixed fishing system for catching tunas and blue fishes. This place produces for centuries salted anchovies, mosciamme and canned tuna.

Finally, right on the heights of Camogli, in the wonderful road overlooking the sea and surrounded by trees that leads from San Rocco di Camogli to Punta Chiappa, stands the Church of San Nicolò di Capodimonte. Here Father Gaspare delle Piane, a friar of San Francesco da Paola,  stayed and wrote in the mid-nineteenth century one of the first and main books of Ligurian cuisine “La cucina di strettissimo magro” containing only meatless dishes.

In the book there is obviously the recipe for this salad, called “Capun de Galera”. Padre delle Piane recipe includes, in addition to the sailors’ crackers soaked in water and vinegar, only capers, tuna mosciamme in thin slices and salted anchovies.

Capponada, to be honest, is also a typical preparation of La Spezia (Easter side of the Italian Riviera, close Cinqueterre) , where thyme takes the place of basil and where boiled eggs are often chopped over the salad.

I love the Camogli version of Padre delle Piane, softened by ripe tomatoes and some smelling basil leaves. Here it is! 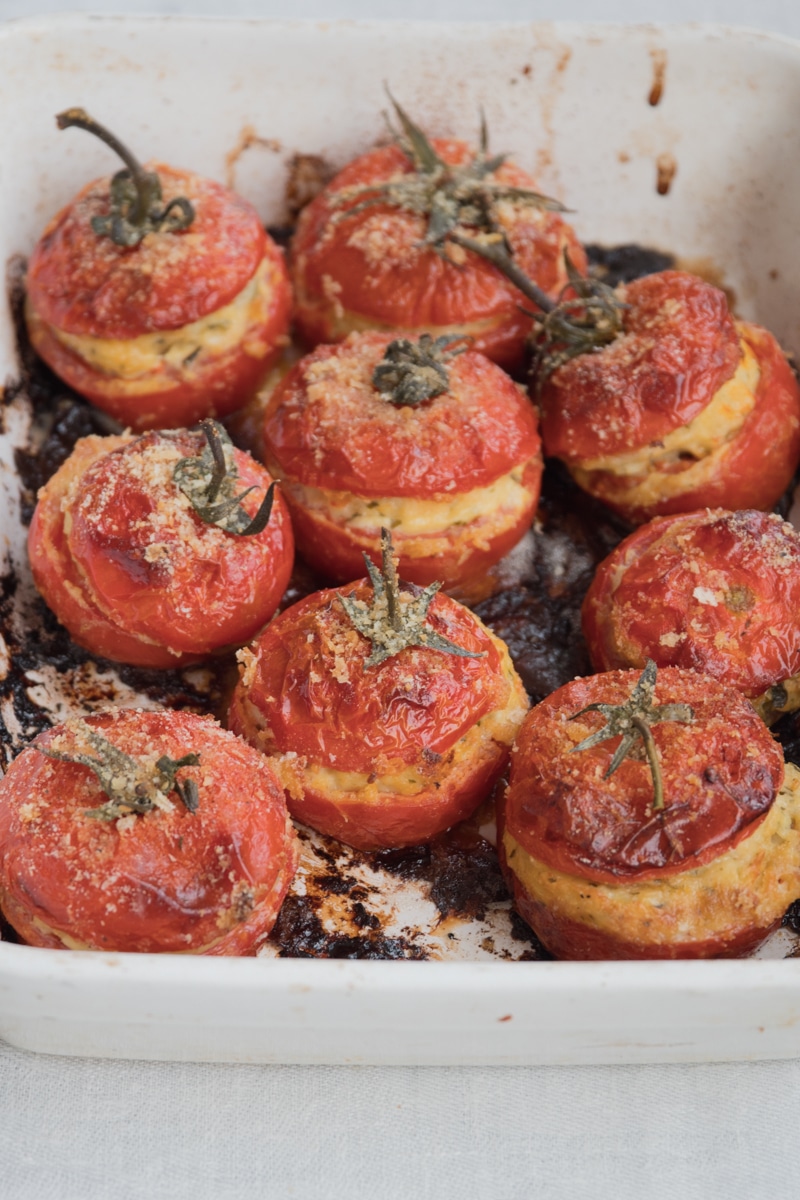 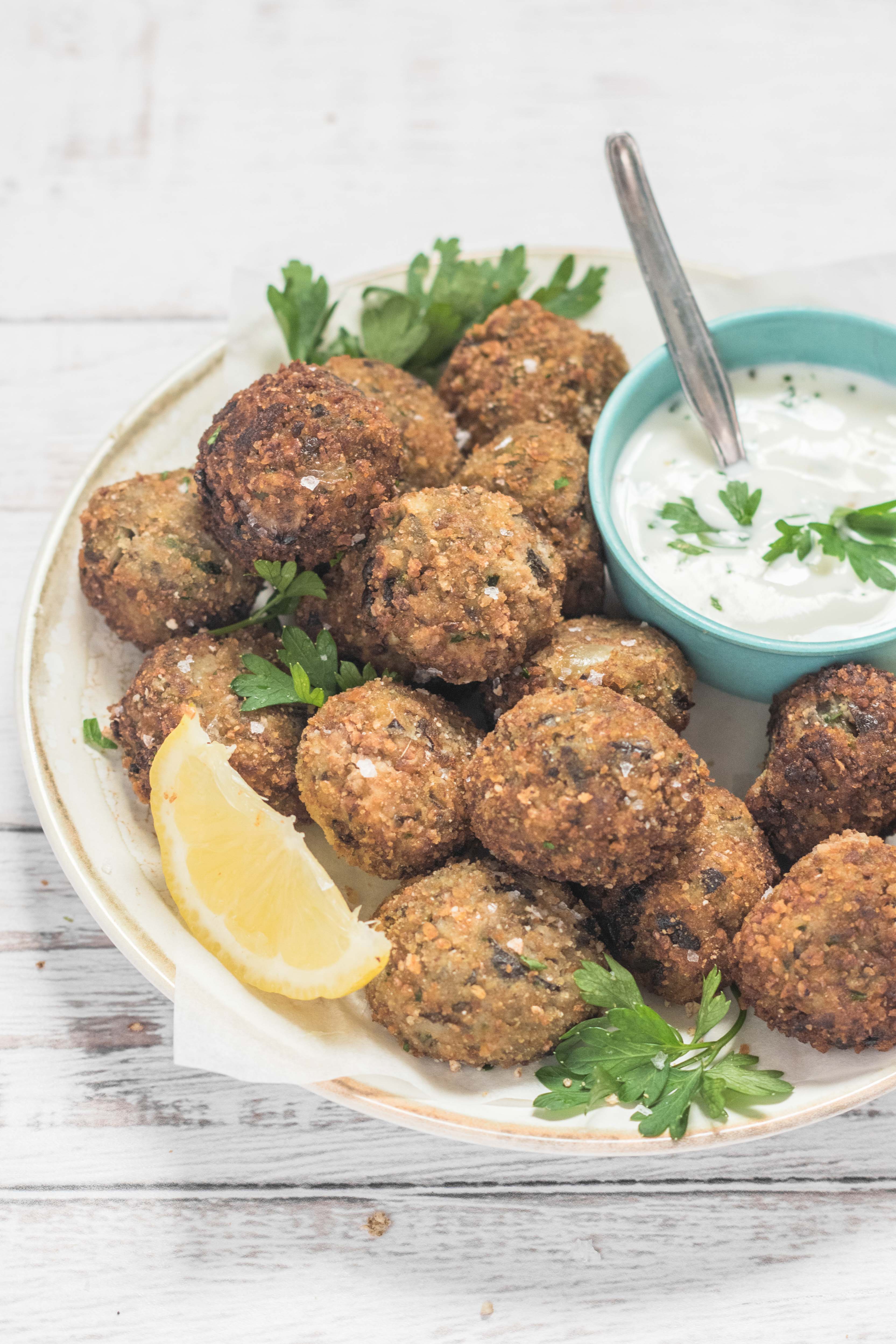 Eggplant patties from the garden
20 June 2022 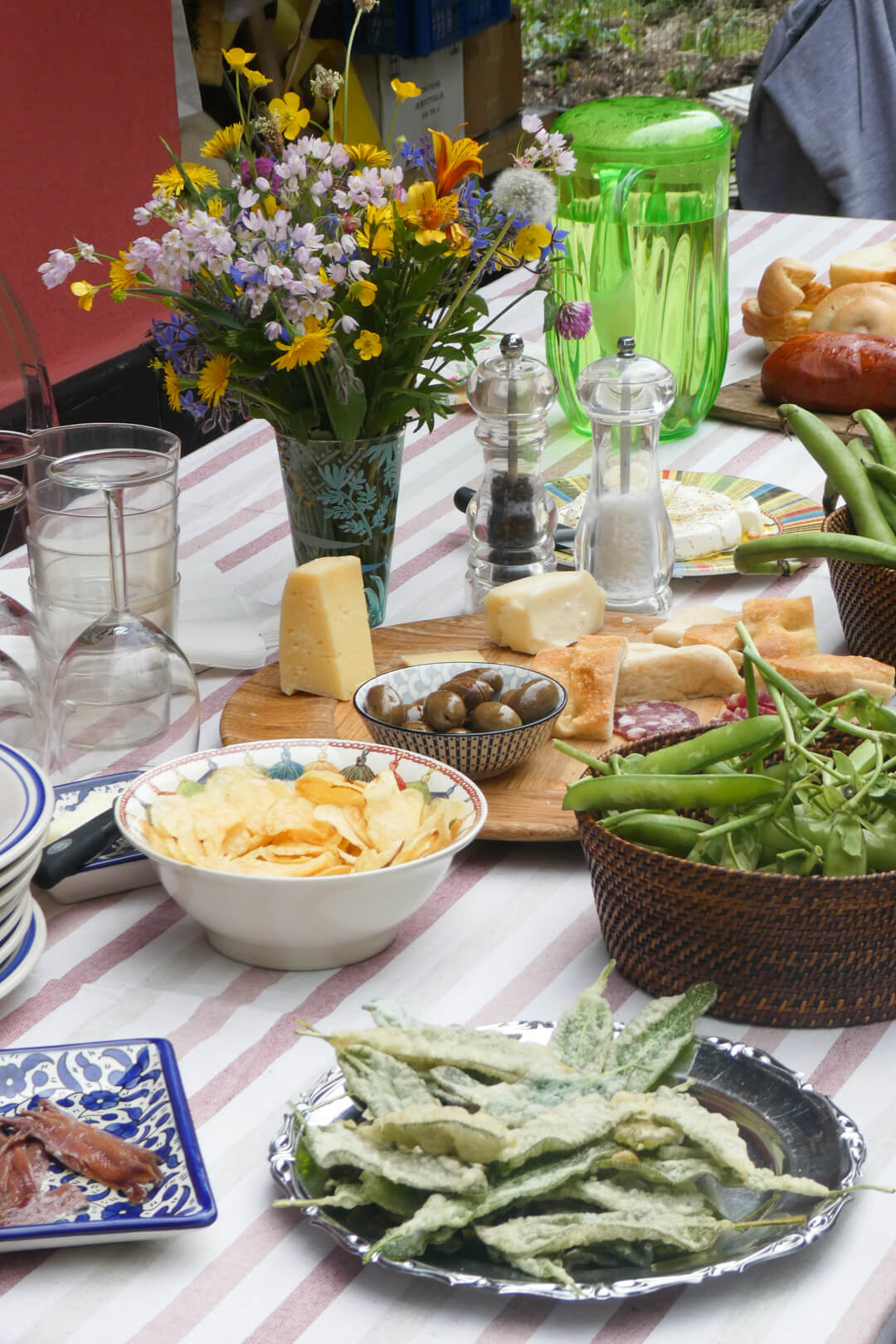 My Italian Riviera apéritif and the recipe for fried sage.
18 May 2022

Thanks For Sharing this amazing recipe. My family loved it. I will be sharing this recipe with my friends. Hope the will like it.